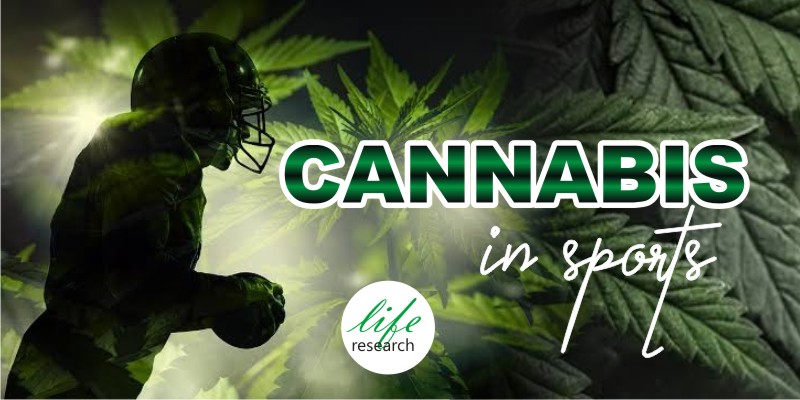 Propaganda has long smeared cannabis as antithetical to the athletic ideal-

Competitive fields in general, including professional and amateur sports leagues, have a long history of prohibiting cannabis use. Even a few years ago, cannabis possession meant automatic disqualification for many competent athletes.

Yes, abusing marijuana is bad (m’kay), but the baby has been thrown out with the bath water.

While a lot of propaganda has its grain of truth, the fact is non-impairing cannabis has much to offer athletes around the world.

So the NFL’s decision to donate $1 million for cannabis research is a great sign of progress.

Why was cannabis banned in sports?

Recently 20 Olympians had their dreams shattered after a positive cannabis test.

Spurious and dated science has led authorities to prohibit marijuana as a performance enhancing drug. This was the genesis of cannabis regulation in sports. Some of the greatest athletes of our time (including Shaun White & Michael Phelps) use marijuana in their training for its anxiolytic and pain-relieving properties. The idea is that it helps with the inflammation and recovery cycle of  intense workout regimens. It’s hard to imagine that smoking weed gives one an unfair advantage. Nevertheless, it was hard to convince the sports bureaucrats to see reason until recently..

An article was published by the World Anti-Doping Agency (WADA) on why cannabis may not be a good addition to sports. Their paper suggested that athletes who smoke cannabis may risk developing health issues. They also note that marijuana can slow reaction time and decision-making. You could argue the same about many dietary and supplement routines that are popular among athletes. But that doesn’t mean these things should be criminalized and shunned. The science on these points is far from settled in any case.

So again the ban on cannabis in sports is largely political. There are a lot of people around the world that don’t want their kids to see the face of a “stoner” on a Wheaties box.  But the good news is that the WADA has removed CBD from its list of prohibited substances while all other cannabinoids remain.

So what can cannabis do for athletes?

Heavy training subjects athletes to an array of medical conditions and injuries.

Data from John Hopkin’s Medicine show that, out of the 30 million American children that participate in organized sports, about 4 million battled with one medical condition or the other. Research identified asthma, exercise-associated muscle cramps, heart problems, rhabdomyolysis, and runners stitch as the most common sports-related injuries in the world.

While cannabis and cannabinoids may not be a direct remedy for these conditions, they can play a critical role in promoting healing. Cannabigerolic acid (CBGa), for instance, can interact with the GABA receptors, TRP, and TRPA receptors to promote internal balance, assist with asthmatic symptoms, reduce anxiety, soothe muscle cramps, promote a healthy blood pressure and cardiovascular system, and more.

Since the WADA’s removal of CBD as a banned substance, cannabis is steadily entering mainstream athletics. Likewise, since the relaxation of government policy on cannabis, pro sports leagues like the NHL, Major League Baseball, and USA Basketball BIG3 are also relaxing their cannabis laws.

Judging by the interaction of cannabinoids and their receptors, there are quite a handful of benefits athletes can derive from the “god plant.” Several athletes have attested to the antidepressant, anti-inflammatory, analgesic, and muscle relaxant properties of cannabinoids like CBD and CBGa. Since they are exposed to several hours of training, a good dose of CBGa can go a long way to promote internal balance while reducing the harmful effects of free radicals. Extensive research and anecdotal data support these conclusions.

A 2018 paper published by Coleman Bentley of Gold Digest showed how administering 18mg of marijuana can help golfers to relax their muscles, calm nerves, and, most importantly, aid distance and overall tee-to-green performance.

The role of cannabis in the future of our society cannot be overemphasized.

Sports are no different.

Many athletes believe it holds one of the best remedies for their ailments. The therapeutic potential of cannabis to athletes was recognized at the  Tokyo 2020 Olympics. For the first time in the history of the Olympic Games, athletes were vocal about their cannabis use and how the products help them prepare for the events.

The Future is Now!

The NFL’s involvement in cannabis research indicates a new dawn in the era of cannabis in sports. With time, the athletic authorities will realize how much cannabis has to offer the wide world of sports. Non-impairing rare cannabinoids like CBGa, THCV, GBV, CBDa, and CBGVa may offer better therapeutic activity than CBD and THC, thus meeting the needs of the athletes with little to no complications or the fear of failing a drug test.