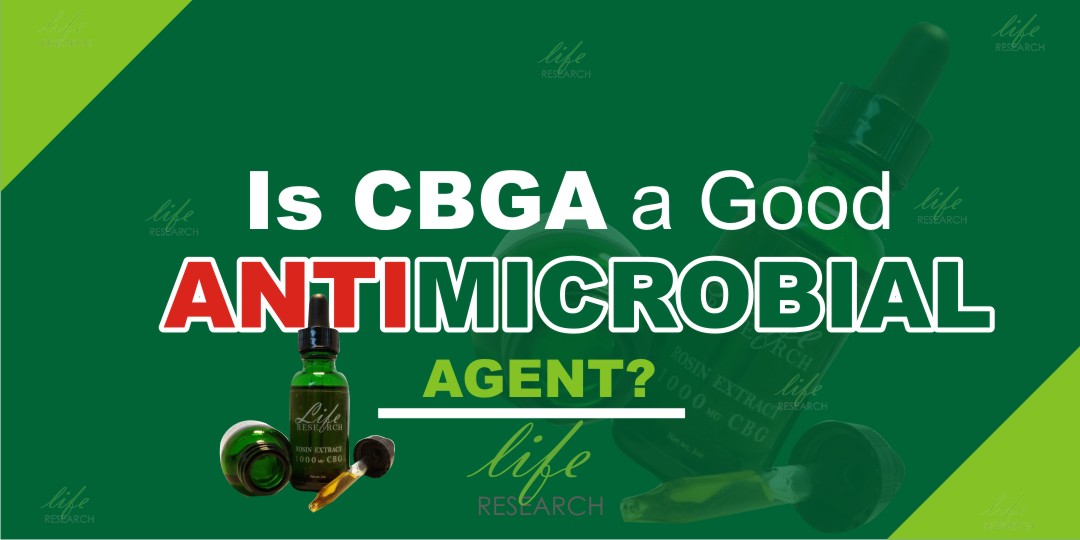 Is CBGA a Good Antimicrobial Agent?

The human body naturally produces cannabinoids, called endocannabinoids, and we’re all familiar with plant-sourced cannabinoids (phytocannabinoids) like THC, CBD and CBG. Cannabinoids benefit the body by maintaining homeostasis and regulating the activities of immune cells. CBGA has the affinity to bind with the widest range of cannabinoid receptors, giving it truly vast and unique therapeutic potentials.

CBGA also possesses antimicrobial properties.
The first reports on the antibacterial activity of cannabinoids date back to the 1950s, and research progressed significantly in subsequent decades.

It is amazing how CBGA moved from being a compound that interacts with the cannabinoid receptors to providing antimicrobial activities. Some of the tested activities are discussed below;

CBGA was found to exhibit moderate activity on Multi-Drug Resistant Staphylococcus aureus (MDRSA). These bacterial species are one of the major causes of nosocomial infections transmitted via the gastrointestinal tract.

Antibiotic resistance by bacteria especially, Staphylococcus aureus, is a major health concern. This resistance arises from the extensive use of antimicrobial agents and the frequent person-to-person transmission. Information from the WHO shows that antimicrobial resistance is one of the top 10 global public health threats facing humanity.

Identifying CBGA as a potential antibiotic agent against MDR Staph aureus is significant because the clinical pipeline for new antimicrobials is dry. Most of the antibiotics are already overused, thus leaving the world at the mercy of pathogens.

Conventional antibiotics, although effective, carry the risk of creating “super bugs” so it’s important to have plenty of alternatives in such a case.

When compared with CBD, CBGA was 4 times more effective at inhibiting MRSA. This shows the high potentials of the mother of cannabinoids. There are also reports on how CBGA can inhibit the growth of Bacillus subtilis. Although this was observed in a broad spectrum cannabis flower extract containing THCA, CBDA, and CBGA, it is not certain if the activity was due to a single cannabinoid acid or a combined therapy.

Philipp Klahn discovered the antileishmanial activity of CBGA. Information from the research shows a moderate antileishmanial activity at a concentration of 12.0 12.0 μg/mL. The activity was recorded against Leishmania donovani with no cytotoxic effect on African green monkey kidney fibroblast. Leishmania donovani is an intracellular protozoan transmitted by sand flies. Information from the CDC shows that it is found in about 90 countries in the tropics, subtropics, and southern Europe. It is found in all continents except Antarctica and Australia. The disease records several new cases annually, ranging from 700,000 to 1.2 million or more.  The successful establishment of leishmaniasis can lead to fever, enlargement of the liver and spleen, and abnormal blood tests.

The antimicrobial activity of CBGA can be attributed to the inhibition of anthranilate synthase (AS). AS is a target enzyme responsible for the discovery of a new antimicrobial compound. It plays a key role in the biosynthesis of tryptophan (an amino acid). Tryptophan is responsible for maintaining homeostasis in bacterial cells and plays a key role in forming bacterial enzymes. By inhibiting the activity of AS, CBGA can limit the activity of bacteria pathogens. On this note, it is safe to conclude that the antimicrobial activity of CBGA targets protein synthesis. When compared with other cannabinoid acids, CBGA showed the highest inhibition, followed by THCA.