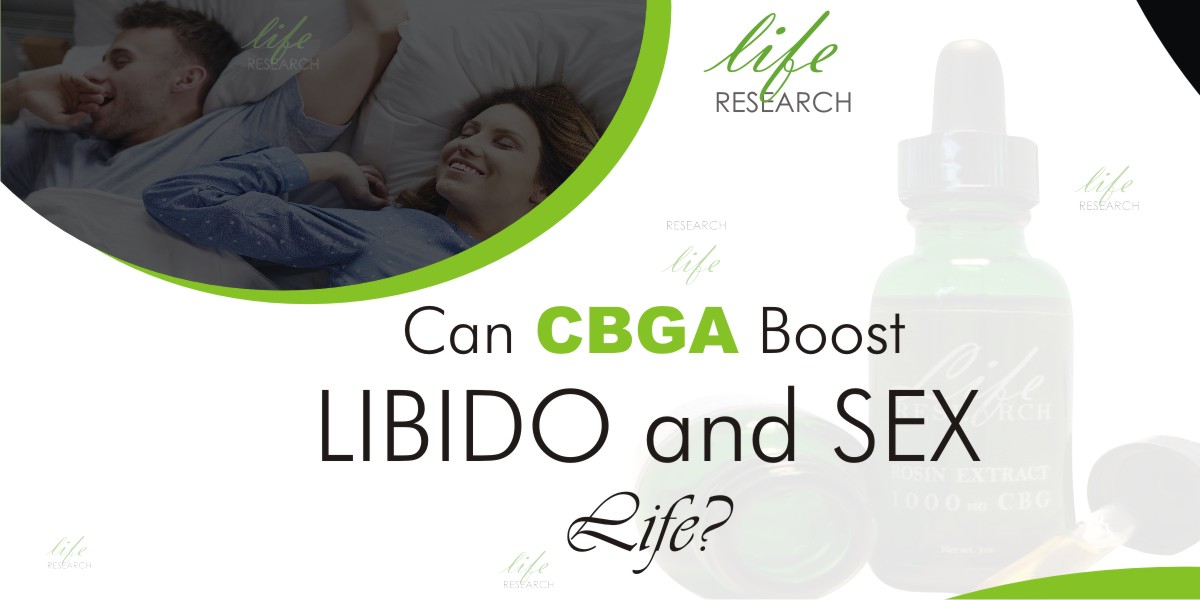 Sexual dysfunction is on the rise on many fronts. Environmental toxins, socioeconomic disparity, and an alarming yet mysterious rise in mental illness are all factors. Sexual relations are strained across many demographics and there’s no easy answer.

It’s unfortunate because nothing soothes the mind and body like a good orgasm, and it seems like we need it now more than ever.

That said, there is recourse for those who may be suffering from a frustrated sex life.

Now that we have your attention…

Acidic cannabinoids like CBGa, THCa, and CBDa were once considered inactive.

Now research is proving them proactive in a world of pandemic health crises.  Formato and his team of researchers describe cannabinoid acids as overlooked bioactive compounds with an important role to play in human health.

But when it comes to libido, research can be conflicting, with different users reporting opposite results.

Low libido is often caused by a wide range of disease conditions such as diabetes, heart disease, high blood pressure, obstructive sleep apnea, and cancer which can be remedied with the right combination of cannabinoids.

Low libido is a major concern in both males and females. It is often supported by an underlying medical condition and poor lifestyle factors. Mayo Clinic has linked low libido to diseases like

How can CBGA help with low libido?

A 2019 study suggests that cannabis may have an important role to play in the female orgasm. This is because the endocannabinoid system is actively involved in sexual drive and can go a long way in promoting homeostasis.

The health benefits of a healthy sex life are virtually endless in themselves, so this is just another example of how CBGA can create the perfect domino effect both inside and outside the body.

Research shows that administration of 50 mg and 100 mg of cannabinoid acids twice a day can reduce joint inflammation, pain and anxiety in seniors.

And there’s nothing that kills sex drive more than anxiety.

Further research notes improvements in arthritis with twice-daily administration of cannabinoids and terpenes.  All subjects used in the research reported elevated mood, reduced levels of inflammation and pain. The research concluded that cannabinoid acids improved mood by activating serotonin receptors.

Accumulation of free radicals in the body can also reduce libido and sexual performance in humans. A 2020 research reported that all cannabinoids and cannabinoid acids except delta-9 THCA exhibit a good level of antioxidant activity. When compared with Trolox, the activity of cannabinoids and cannabinoid acids were 25% more. The research observed how CBG had the highest level of antioxidant activity in neutral cannabinoids, while CBGA performed better than CBDA and Delta-9 THCA. This marked difference was attributed to the phenolic groups present in the compounds. In addition, a combination of CBG/CBGA performed better at neutralizing the harmful effects of free radicals than CBD/CBDA and delta-9 THC/delta-9 THCA.

Note that oxidative stress can reduce the secretion of hormones and trigger a hormonal imbalance. When taken care of, people can expect a better sexual experience.

Is cannabis an aphrodisiac?

Supporting evidence is limited, but extensive user reports suggest that cannabis could be your ticket to a better sex life.

Sexuality is a personal concept, and Self-exploration is key. It might not do it alone, but you can use cannabis to create some real mystique in the bedroom.

Combine with some Tantric practices, for example, and you’ll never look back.

The following have been reported to delay orgasm, promote libido and even improve performance in the bedroom. Some of these strains include but are not limited to sweeties, OG Kush, Jillybean and strawberry diesel. A 2017 study revealed that marijuana users had a higher sexual frequency than non-users. The researchers later concluded that higher marijuana use is associated with higher coital frequency.