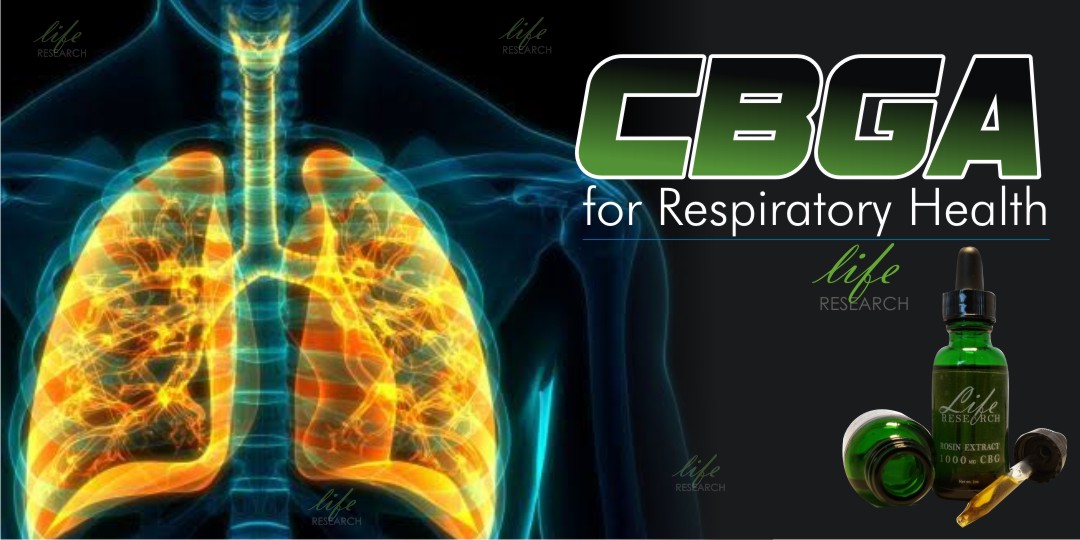 The Deadly Toll of Respiratory Disorders

Globally, about 4 million people die prematurely per annum due to respiratory disorders. Note that this number excludes the most recent effects of Covid-19 and variants. Beyond that about 1 billion people struggle with diseases of the lungs and respiratory tract at any given time.

As response to the Covid-19 pandemic continues to evolve, new and accessible treatments for respiratory disease/distress are doubly pertinent.

Thus respiratory sickness is an immense burden to global health now more than ever, and we all have a responsibility to respond.

Is CBGA a New, Sustainable Way to Maintain Respiratory Health?

While it seems obvious that regularly smoking plant matter can never be “good” for your lungs, it’s important to remember this universal axiom:

Things aren’t as they seem.

Note an undermentioned example in tobacco.

No one should pick up a cigarette habit but wisdom should tell us there’s more to smoking tobacco than meets the eye. Throughout early US history, westerners seemed to embrace a stark duality on tobacco use.

They indulged in the same for base pleasure, or denounced the practice as sinful and primitive.

Yet practitioners of plant medicine all over the Americas insist upon the spiritual healing properties of smoking the wholeness of the plant, never reducing it to its chemical components.

That’s because ingesting the essence of something has metaphysical effects that aren’t readily understood by the modern observer.

Still, users should be aware that smoking cannabis may be linked with some health hazards. On the other hand, it remains unclear if the causal mechanism lies in the cannabinoids or the act of smoking itself.

Research on CBGa and respiratory health is still limited.

It’s safe to say this much: the presence of some cannabinoid targets and receptors suggests therapeutic benefits.

When Should You Use CBGa for Respiratory Health?

First, it is important to note that you don’t have to be sick or battling a medical condition before using cannabis-based products.

CBGa is a powerful antioxidant with ubiquitous healing properties that make it an ideal preventive. As the mother cannabinoid, CBGa is a dynamic promoter of biological homeostasis. In other words, CBGa boosts the body’s ability to stop disease before it starts through the mind-body complex known as the endocannabinoid system.

Thus, CBGa’s unique biochemistry gives it the potential to treat a huge range of chronic illnesses.

Not only that, CBGa’s receptor affinity is through the roof and it’s effective in every organ system.

These cannabinoids provide multiple therapeutic benefits by interacting with multiple targets that affect different aspects of our lives.

Explore possible uses of CBGa for healthy lungs below.

Inflammation plays a critical role in asthma, COPD, and tuberculosis, the most severe forms of respiratory disorders. The inflamed cells block the airways making breathing an almost impossible activity.

Several researchers have extensively discussed the anti-inflammatory properties of CBGA. Its ability to modulate the activities of immune cells can go a long way in assisting with inflammation-related conditions affecting the respiratory tract. This is the bedrock for the use of cannabis in assisting with treatments relating to covid-19.

CBGA can interact with several receptors to promote a healthy immune system.

CBGA possesses an excellent antioxidant property thanks to the phenol groups present in its ring. This group of compounds allows CBGA to neutralize the harmful effect of free radicals, thus reducing oxidative stress and promoting respiratory health. The overproduction of free radicals in the lungs may be linked to several clinical conditions such as drug-induced lung toxicity, asthma, cancer, and aging. By exhibiting their antioxidant properties, CBGA can reverse the process of aging and assist people with asthma.

The anticancer properties of CBGA go hand in hand with the antioxidant properties. The accumulation of free radicals can create an enabling environment for the spread of cancerous cells.

Information from research shows how a combination of cannabinoids containing CBGA has been excellent at treating cancer. According to their findings, these cannabinoids act synergistically to promote the treatment of breast, liver, and lung cancer. There are also reports on how CBGA induced apoptosis (cellular death) in cancerous cell lines extracted from lung cancer. Another research discovered that a combination of CBD and CBGA has the highest antagonistic effect in killing cancerous cells. CBD and CBDA closely followed this. The reason for this is still unknown, although some may have attributed it to multiple targets and entourage effects. Another research paper discovered that a combination of CBDV and CBGA makes a highly effective anticancer cocktail.

The respiratory tract can be prone to pathogenic attacks from methicillin-resistant Staphylococcus aureus (MRSA) and other bacteria. One research reported that MRSA is linked with cystic fibrosis, which may affect lower lung function. CBGA has been actively involved in inhibiting the growth of MRSA in culture medium and test animals. With little to no cytotoxic effect on the test organisms, there is a clear indication that using CBGA may improve respiratory health by taking care of pathogenic microbes that may likely affect its function.

The key to CBGA’s therapeutic benefits on the respiratory system lies in the synergistic activity of cannabinoids on multiple targets.