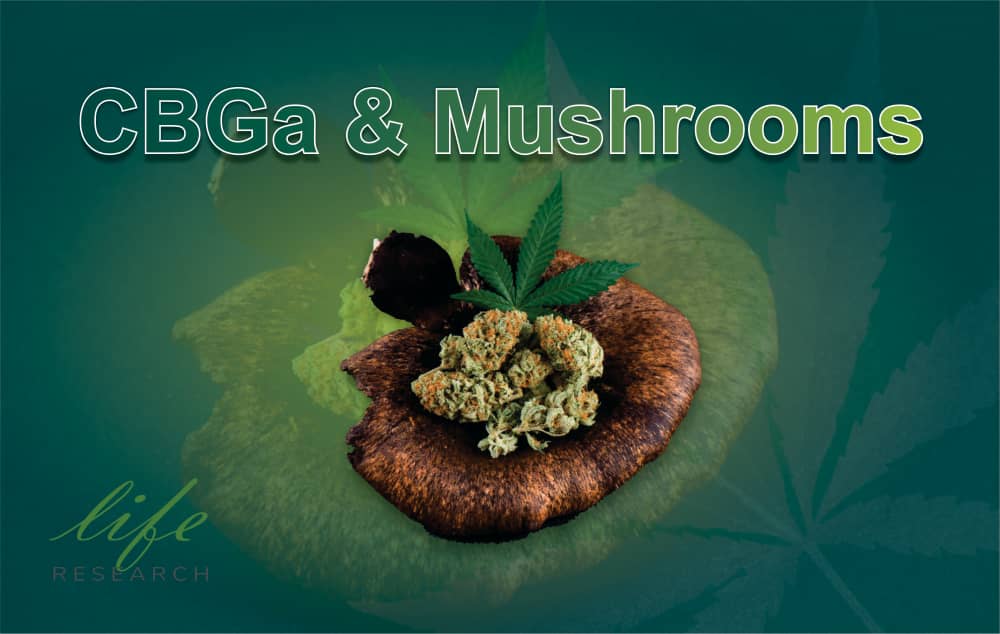 Humans have used psilocybin mushrooms and cannabis to treat virtually any disease for millennia. Today we’re re-discovering just how powerful these Earth medicines truly are.

Despite centuries of stigma, these bio-pharmacies contain many therapeutic chemicals like alkaloids, lipids, terpenoids, and complex carbohydrates that proffer solutions to diseases. These plant-based compounds are safe with little to no life-threatening side effects in most cases.

Some of these molecules share similarities with endogenous compounds, which allows them to work in harmony with the body’s natural healing process. The interaction between phytochemicals and receptors is unique. These molecules can either interact singly or synergize with other molecules to provide a wide range of benefits.

But can psilocybin and cannabis work well together?

Let’s investigate and start with an understanding of each.

What Are “Magic” Mushrooms?

Psilocybin mushrooms are a large class of therapeutic and psychedelic mushrooms with over 200 species. They contain psilocybin, baeocystin, and aeruginascin. Psilocybin is the major psychoactive and the most abundant compound in magic mushrooms, hence the name psilocybe mushrooms. Psilocybin mimics serotonin, a neurotransmitter responsible for feelings of happiness or love.

Psilocybin’s ability to interact with serotonin receptors in the body has shown a great promise for mental health and neuropsychiatric conditions. People all over the world have used mushrooms for millennia to explore their mind and communicate with Nature.

How do magic mushrooms work?

Psilocybin interacts with serotonergic neurotransmitters like 5-HT1A, 5-HT1D, 5-HT2A, and 5-HT2C receptor subtypes. It has a higher affinity for 5-HT2A receptors. These receptors are responsible for sending messages between nerve cells and directly link with emotions, appetite, and digestion. The receptors are also involved in influencing several biological and neurological processes like thermoregulation, sleep, nausea, mood, memory, learning, cognition, appetite, anxiety, and aggression.

Interaction between shrooms and cannabinoids

Psilocybin and cannabinoids are mimetics of endogenous compounds. Clinical studies show that psilocybin, CBD, and CBG can bind to the 5-HT receptors (serotonin receptors) to trigger analgesic, anxiolytic, and relaxation effects. This is possibly why they are actively involved in pain relief and restoring mental health.

What should I expect after combining CBG and magic mushrooms?

By interacting with the 5HT1A receptors, CBGa, and CBG can interact with shrooms to improve mental health. Psilocybin can decrease the levels of anxiety and depression experienced in the body while inducing a long-lasting effect. Research shows that administering a single dose of psilocybin to patients dealing with suicidal thoughts tends to improve their conditions. Little wonder, the U.S Food and Drug Administration called it a breakthrough therapy for severe depression.

When combined with cannabinoids like CBGa, psilocybin and shrooms may regulate the emotional reaction to fear and anxiety, thus leading to mental relaxation and a socially connected life. They seem to provide the energy needed to deal with anxiety and depression.

They may hold some promise for patients battling dementia. Combining CBGa and magic mushrooms may calm the mind, improve positive perception and reduce demoralization. They can also control your thoughts and boost memory and creativity.

Addiction is a major challenge today. It is the leading cause of preventable deaths in the United States and cost the nation over $249 billion in 2010 alone. Shrooms and CBGa can present a stronger front in fighting addiction. While CBGa may possess some therapeutic potential for addiction, mushrooms deliver powerful relief for withdrawal symptoms like anxiety, seizures, nausea, and insomnia. Microdosing with mushrooms offers an effective way to alleviate the side effects of addiction. There are possibilities of CBGa and psilocybin rewiring the brain to neutralize the effects of addictions.

CBGa and psilocybin may act synergistically to calm the mind and restore energy. They may also play important roles for people trying to stop their alcohol and smoking disorders.

Majority of cannabis and psilocybin use centers on their pain-relieving properties. Research shows that cannabinoids like CBD and CBGa offer a better chance of providing pain relief than opioids. They achieve this by promoting the endocannabinoid system’s activity (ECS) to interact with the pain center. This has been used successfully in easing pains related to multiple sclerosis, diabetes, fibromyalgia, and arthritis. Magic mushrooms have also evolved as a possible pain-relieving remedy for chronic pain. There are reports on how psilocybin can assist with pain linked to migraines, phantom limbs, and tinnitus.

Note that cannabinoids and psilocybin can interact with receptors in the brain to reorganize the pain pathway, thus offering a better chance at pain relief.

Shrooms contain a high concentration of antioxidants that can promote immune responses. This tends to prevent tissue damage by reversing the harmful effect of free radicals. Some studies suggest the possible anticancer roles of shrooms where they protect the cells from DNA damage and stop tumor development. CBD is also a powerful antioxidant and anti-inflammatory agent that can combine with shrooms to reduce oxidative stress in users.

Combinations of cannabis and shrooms have been reported to kill about 90% of colon cancer cells. This was first reported  by Cannabotech, an Israeli biomedical firm. Their reports show how combining mushroom extracts with cannabinoids showed an excellent activity on several subtypes of colon cancer. They discovered how the isolates exhibited a more pronounced activity when combined with cannabinoids.

Is the combination safe?
The success of combining magic mushrooms with CBGa depends on the following factors;

The higher the dose, the higher the effect on the body. Note that it is highly recommended that only microdoses (<.05g) of psilocybin should be combined with CBGa since psilocybin can be psychoactive at higher doses. Combining psilocybin with THC is quite dangerous as this may produce an intense psychoactive reaction. The rule of thumb is always to start small and increase the dosage gradually.

Avoid high THC strains when combining cannabis with magic mushrooms unless you are interested in a prolonged trip. Always settle to CBD or CBG high strains to enjoy a vast array of therapeutic benefits mentioned in this article.

Combining CBGa and magic mushrooms is very safe since it produces little to no adverse side effects on users. However, it is important to take note of your dosage and report any possible changes. life Research CBGa rosin contains no THC, making it safe to combine with psilocybin.