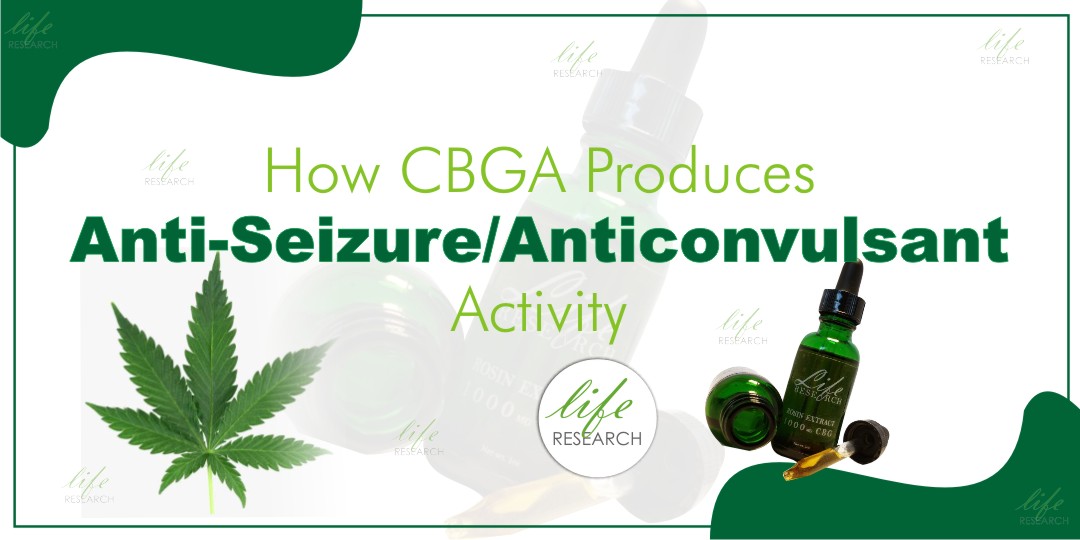 Epileptic seizures can be deadly

Epileptic seizures can be dramatic and deadly.

Epilepsy is the second most common neurological disorder, affecting over 65 million people globally. The condition is most common in children, but it presents in people of all ages. Information from the Mayo Clinic shows that people who experience constant epileptic seizures will suffer permanent brain damage and death.

Therefore finding a sustainable treatment would be nothing less than world-changing.

Extensive research supports the anticonvulsant activity of CBD and THC. An FDA-approved medication (Epidiolex) is currently in use for epilepsy patients. However other cannabinoids like CBGa may actually have greater efficacy. Research reported by Anderson et al. 2021 showed CBGa was the most potent phytocannabinoid against hyperthermia-induced seizures in test animals. According to their report, CBGA also increased the anticonvulsant efficacy of clobazam against thermally-induced seizures, thus indicating a positive interaction with the choice medication for Dravet syndrome.

When considering these facts with anecdotal reports, the evidence seems very convincing.

The anticonvulsant and anti-seizure effect of CBGa is a result of modulation of GABA, TRPV1, and G-protein coupled receptor 55 (GPR55).

See our article on the “targets of CBGA.”

Other therapeutic benefits that may assist people with seizures

People who suffer from epileptic seizures are prone to cognitive or learning challenges. They may exhibit symptoms of depression, anxiety, and mood disorders as well as troubled sleep. The therapeutic activity of CBGA can, however, assist in the following ways;

Epilepsy, anxiety and depression have a high frequency of comorbidity which of course compounds debilitation for those who suffer. These disorders also play a major role in the symptoms of the epileptic syndrome. So CBGa can treat the effects of epilepsy by treating depression and anxiety.

Scientists have reported that CBGa can help treat insomnia and other sleep-related conditions. Thus, many people with epilepsy would benefit by adding CBGa to their treatment plan.

Cannabinoids are actively involved in modulating cognitive activities like hunger, homeostasis, and more. Through this mechanism, CBGA becomes a powerful antioxidant. The phenolic groups present in its structure allow CBGA to neutralize the harmful effects of free radicals which in turn reduces the symptoms of any oxidative stress disorder.

There’s a lot of promise right now and further research will only confirm CBGA’s efficacy.

CBGA can treat epilepsy directly through modulation of relevant neuroreceptors, or by treating comorbid symptoms. Given that CBGA is low-cost and risk-free (no side effects), anyone struggling with epilepsy owes it to themselves to give it a try.