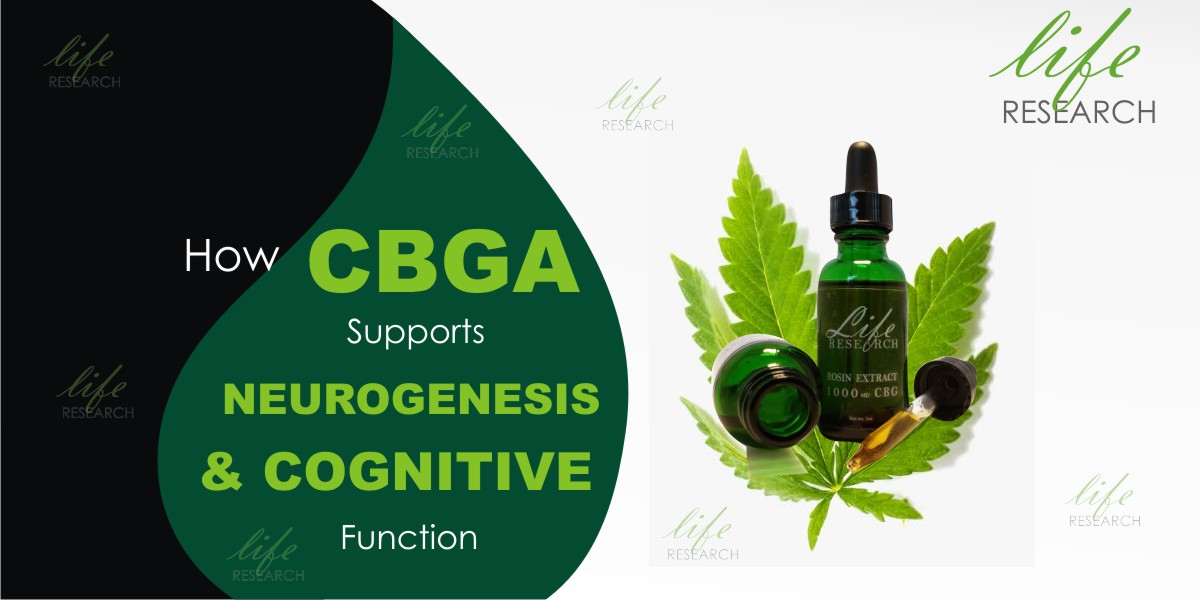 Mental disorders and neurodegenerative diseases create a range of cognitive and behavioral impairments. Psycho-cognitive imbalance might also occur as a more subtle feeling of “something’s off”. Of course, we’re all familiar with the brain fog that goes along with more serious conditions like depression.

We can protect ourselves against this feeling of stagnation through mother Nature’s miracle plant, cannabis. New discoveries confirm that the key to unlocking the broadest range of cannabis health benefits lies in its non-psychoactive cannabinoid molecules.

Now is an exciting place to be.

CBGA has the unique ability to naturally promote neurogenesis by fighting inflammation, but there’s much more to it than that.

This article explores cannabis science and the processes of neurogenesis in-depth.

Mental illnesses and neurologic conditions can affect distinct subsets of neurons in specific anatomic systems to create a variation in the expression of neurodegenerative and mental health disorders. Apart from negatively affecting the brain, these disease conditions can tamper with individuals’ relationships and physical attributes.

While most medications are proving ineffective in assisting people who suffer from these conditions, scientists believe cannabinoids like cannabigerolic acid (CBGA) present a drug-free and sustainable solution.

A 2019 study reported how the endocannabinoid system might possess important pathways that play an essential role in the progression of neurodegenerative diseases and cancers. The ECS can produce a wide range of effects triggered by the CB1 and CB2 receptors, thus assisting with possible treatment and control of the conditions.

However, a body of research data shows that cannabinoid receptors can control cell creation in the adult brain and provide a neuroprotective property. The ECS can regulate cell proliferation and overall neurogenesis in the mammalian brain, which is currently being explored using CBGA.

CBGA is the mother of cannabinoids. It plays an important role in synthesizing other cannabinoids while holding important therapeutic benefits that serve as a neuroprotective agent. Neurogenesis refers to the formation of new brain cells to promote cognitive activities and help reverse the negative effect of neurodegenerative diseases.

Research data has shown that aminoquinone analogs of CBGA can serve as a neuroprotective molecule. They were effective in neutralizing the negative effects of Parkinson’s disease. In addition, it is pertinent to note that these activities were observed at the peroxisome proliferator-activated receptor-γ (PPAR-γ) and not the cannabinoid receptors. PPAR-γ receptors play a major regulatory role in energy homeostasis, metabolic function, and inflammation.

Apart from interacting with the PPAR- γ receptor, which all cannabinoid acids can induce, CBGA can interact with various TRP channel isoforms like TRPV1, TRPV2, TRPA1, and TRPM8. Although the role of these receptors is not fully understood in neuroprotection, they are actively involved in neurological disorders. On this note, researchers suggest CBGA may be beneficial in conditions like epilepsy and Parkinson’s disease involving those receptors.

Additional research observes that the oral administration of cannabigerol derivatives could promote neurogenesis and protect against mutant huntingtin-induced neurodegeneration.

By interacting with the endocannabinoid system, CBGA can modulate the activities of CB1 and CB2 receptors to promote cognitive activities. However, the mode of interaction between CBGA and the cannabinoid receptors is still under investigation.

At the time of writing this article, there are little to no complications associated with using CBGA products. They are safe and non-psychoactive. They produce similar effects to CBG (their neutral form) with a slight variation in their mode of activity. The products are available as oils, tinctures, and balms and can come in handy in a vast array of conditions.